*I’m migrating posts from my old blog to this site…so don’t get alarmed and think I’m suffering from dementia.  I still have at least 6 months before that gets ahold of me fully.* 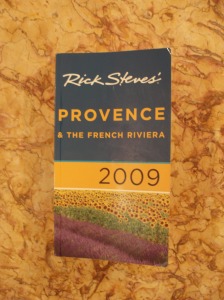 Happy New Year everyone!!!  I pray that you all have a prosperous, blessed & happy 2010!  So excited to start the year off in Nice, France!  I decided that I was going to be a more patient person in 2010.  “New Nikki” is supposed to just brush off irritations and frustrations.  “Old Nikki” has been struggling with that concept for some years 🙂

So, to that end, I decided to give US Airways another try for international travel.  If you read my Italy travel blog post from my trip in 2007, you already know that this was a big step for me as I had named them Beelzebub Airlines due to the drama that I had to deal with (delayed flights, lost luggage, etc).  So, New Nikki thought 2010 would be a year of second chances.  Sigh.  I arrived at Indianapolis International Airport 3 hours ahead of time since crazy folks had been out during Christmas trying to take down flights with firecrackers & possibly a 5 oz bottle of contact solution.  As soon as I stepped to the kiosk to check-in, the gate agent asked if I was connecting thru Philadelphia (where B-bub ALWAYS has an issue).  Once I answered affirmatively, the agent told me that he would need to re-book me on another flight since the flight I was scheduled to take in 3 HOURS would be late.  Apparently, the plane was having mechanical problems and they only have like 5 planes that operate nationally.  Seriously.  Why are there never enough planes to accommodate the mechanical failures?  Don’t they have Service Level Agreements with the manufacturers???

Anyway, B-bub Airlines decided to test New Nikki on the very first day of 2010.  The agent stated that instead of arriving in Nice at 10am, I would arrive late afternoon which effectively took out 1 day of my vacation.  New Nikki tried to see the silver lining, Old Nikki was like, “F&*K THAT!”  But, it’s a new year and I couldn’t cave 11 hours into 2010.  So, I sucked it up and tried to put a positive spin on it.

After waiting 5 hours, we are able to board the “repaired” plane.  The plane is pushed back from the gate…then the PA system comes on and the pilot says, “Brakes still don’t work.  Guess they weren’t fixed in Philadelphia.  Sorry.  We will have to cancel this flight.”  New Nikki — “At least we found out before we taxied too far”; Old Nikki — “F&*K THAT!”  I am a cracked plate, y’all.

Good news is that B-bub was able to get us on another flight within 30 minutes but I still missed my connection.  Which meant another 4 hours of waiting.  This caused me to drink a large number mimosas and wine in an effort to soothe my nerves.  Trust and believe that.  New Nikki tried to think “at least the international flight was only delayed by 10 minutes.”  Old Nikki’s response?  I think you already know.   I was able to leave B-bub in the dust and fly Air France from Paris to Nice.  Of course, B-bub is a bad influence because you know that after traveling for 22 hours, we get 2 crying kids in our row and the row behind us.

I’ve decided that US Airways is like that friend you don’t really like but you feel sorry for them because they are so pitiful and against your better judgement, you decide to hang out with them.  You know the type.  They call, beg you to hang out and they even offer to drive.  Only to tell you after you are dressed and waiting that either 1) the car doesn’t have any tires or 2) they are running an hour late.  New Nikki has to side with Old Nikki on US Air.  It’s a wrap.

So, it took a total of almost 24 hours for me to fly from Indianapolis to Nice.  But, I am here and it’s fabulous so I’ll stop complaining.

We took a taxi to the apartment rental and let me tell you…these cabbies drive Audis and Mercedes and the few that I saw look like male supermodels (I’m sure there are a few that may not be runway ready but hey…New Nikki is trying).  Our taxi driver even turned up Jay-Z & Alicia Key’s “Empire State of Mind” during the drive.  So, not only do you get a cabbie, you get a dj!

After arriving late afternoon, My Mom and I checked into our vacation rental.  I got the idea of renting an apartment from tripadvisor.com.  There is much more space and it’s cheaper than a hotel.  Great location, free internet, lots of room and it’s really peaceful.  We rented a 2 bedroom apartment from Nice Pebbles.  As you can see below, it’s a really cute little place and definitely a sight for sore eyes after a long day of travel.

We will do some sightseeing tomorrow.  Good night!

2012 Update:  New Nikki never made it back.  She tries to make an appearance every year but sadly, she ends up being beaten to death by Old Nikki in a fit of rage over something.  She’s going to try to make it work in 2013 but I think we all know how that is going to end.  Don’t tell her though…she has hope.  And clearly some issues since she’s talking about herself in the 3rd person.

2 thoughts on “The French Riviera: Day 1 (Getting There)”