Hands down, one of the most spectacular views on Earth is in the Berner Oberland region of the Swiss Alps. The air is so crisp & clean; the snow is fluffy & white; and drinking hot chocolate while looking at people ski or sledge by is oddly comforting. I’ve uploaded a TON of pictures to share because the region is so breathtaking!

If you ever get to Switzerland (and really…just go because I promise that it’s worth the money), be sure to take the Top of Europe tour. It is worth every cent. My day started at 6am. Once I was up & dressed, I hit Starbucks and then on to the rail station so I could catch the train from Zug to Lucerne. After purchasing my ticket, I had about 10 minutes to wait for the train and you know some crazy man found me. Out of all the people on the platform, he has to come chat with me. I’m not sure if it’s because I was the only person of color and just stood out or what. But, Swissangelo (that’s what I’m calling him) starts speaking German and I was like, “I don’t comprehend that. Sorry.” and thought he’d go about his business. Nope. He apparently is a multi-lingual crazy. How can you be crazy and speak more than 1 language? Seriously? So, he starts mumbling something about songs. I’m half listening until he steps directly in front of me and into my personal space making me take a couple of steps back. Now that he has my full attention, he repeats his early comment about songs and starts singing something in Italian. If you are keeping count, he’s up to 3 languages. I look around and was like, “oh, that was pretty. thanks!” and try to inch away. But no! He starts with, “I wrote 2 songs I want to perform for you!” I was like, “okay.” I mean, at this point, we are already the star attractions for the morning commuters and I didn’t want to hurt his feelings. He performs one of his “compositions” and Lord help me…liquor + performing = disaster. Save it for the Grammys. I’m looking around slightly embarrassed once he starts getting on one knee and holding out his hand to serenade me. All I want to do is drink my coffee. But, hey, at this point, I figure that I gotta roll with the crazy. I mean, they find me in every country I visit so I might as well be some sort of Ambassador to Sanity for them. Luckily, before he was able to bring the song home with a glory note, the train arrives and he thanks me for listening to his song. Crazy can be sweet. I should know…I’ve dated enough of them.

So, after my 20 minute train ride to Lucerne, I exit the station and start trying to figure out the directions to the tour meeting point. Which weren’t that difficult. While walking around outside, I keep wishing I had brought my big down coat because it was FREEZING! Little did I know that the weather in Lucerne would seem tropical to what it was in the alps.

There are 7 of us on the tour and everybody happens to be in Switzerland on business so we had something in common. We leave Lucerne and take a van to Interlaken (population 5500). Being in Switzerland was a great change of pace after China. Whereas you had 15 million people residing in 1 city, the population for the entire country of Switzerland is around 350K! Another fun fact I learned is that they elect a new president EVERY YEAR! However, this is more for figurehead duties. Apparently, Switzerland is made of up “states” called “cantons” which can have their own language. The government has ministers from all cantons and the presidency rotates between these ministers on a yearly basis based upon a vote.

We ride up to Lauterbrunnen to take the cog-wheel train up to Jungfrau.

You can see that they elevation continues to go higher and higher.

We pass the beautiful town of Wengen!

A couple of the ladies on the tour with me!

This is the first time I’ve seen a conveyor belt for skiers! In addition to ski lifts (in the second pic below), they have this conveyor belt (which is partially covered with snow) that brings skiers up the trail in the 2nd pic.

Then I had the chance to go to the Ice Palace!

On the way back, we stop in Gimmelwald.

All in all, this has to be on of the best adventures of my life! Totally fell in love with Berner Oberland would like to spend a long weekend in Wengen trying to learn to ski. While looking out over the snow-capped alps, all I could think of was that I am truly blessed to be able to have the opportunity to see so much of this beautiful world we live in.

One of the most popular questions asked when getting ready for a trip overseas is “What should I wear?”  I always suggest researching what the locals are wearing (with a few exceptions notated below).  Not solely for aesthetic reasons, but also for safety.  Most pickpockets target tourists.  Looking like you belong goes a long way.  Here are a few suggestions to help you look like a local on your travels abroad.

1.       Dress for the Country/Culture.  Each country has its own style.  Some countries are more lax (the U.S., England, Ireland, Scotland) while others take their fashion seriously (France & Italy).  With the exceptions that I have noted below, you can usually get away with a nice pair of jeans/black pants/skirt and plain shirts/sweaters.  Don’t wear anything outrageous or loud (leave the catsuit at home).

2.      Dress for the Season.  Be sure to check the weather before you go.  Weather Underground is a good resource.  I have typically found that you will need to dress in layers no matter when you travel abroad.  A light jacket, colorful scarves, stylish cardigans/sweater coats are a must for spring, summer & fall.  Going in the winter?  Bring along a warm coat, some snazzy boots & a cute hat/scarf/glove combo.   I had left my puffer coat at home during a winter trip to Milan…only to realize that everybody (and I do mean everybody) was wearing one.  First and foremost, you want to be warm.  Don’t take an unlined peacoat when visiting Finland in the dead of winter.  Your health trumps fashion.  Plus, you will stand out as not knowing how to dress properly for cold weather 🙂  ExOfficio is now offering a snazzy sweater jacket that doubles as a travel pillow when folded.  This jacket is so cozy & warm!  I recently wore it during a winter trip and fell in love with it.  The jacket packs very easily, is super soft AND rain-resistant as well as keeping you warm & toasty.  This is now my go-to jacket both here and abroad! 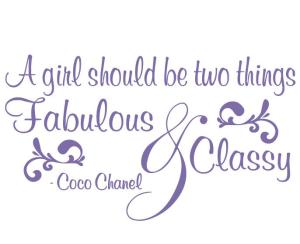 While these tips may not prevent you from being identified as a tourist, it will keep your bag lighter and you safer.  Hope it helps!  Safe travels.  Do you have any travel fashion tips?  If so, please comment as I’m always looking for a fresh perspective!

Also check out my posts on Nikki’s Favorite Things: Fashion Accessories and Essentials for Stress-Free Travel.