I left Milan and took the train to Genoa where I would be working for the week.  Renee and I had already peeped out crazy at the train station this morning.  In fact, Renee had dubbed this person “Bushwick Bill” because the resemblance from afar was uncanny and this person just started going off for no reason. However, upon closer inspection, Bushwick Bill turned out to be Bushwick Belinda. Crazy has no gender, y’all.

The train ride to Genoa was actually very peaceful. We rode thru the alps and I got to see a lot of snow! A couple of towns looked like something out of a fairy tale.  However, once I got to Genoa (or “Genova” as it is called here), things changed. New Nikki is still trying to hang on and be positive. It’s still January! I check into my hotel — The Grand Hotel Savoia (which is actually pretty cool — each room is different and is furnished with antique furniture).  You can read my hotel review here.  The view from the room is nice too! 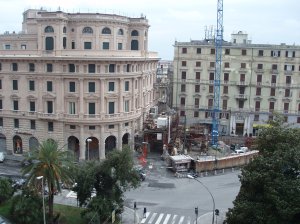 After I check-in, I decided to explore the city and find a good hole-in-the-wall Italian restaurant & some gelato. Sounds pretty simple, right? Wrong.

I start out walking around trying to get acquainted with the area so I know where I need to go tomorrow. So, I’m walking and passing some nice sites which I am sure would be stunning when it’s sunny — 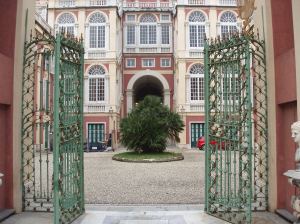 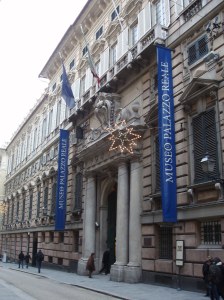 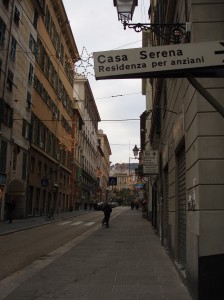 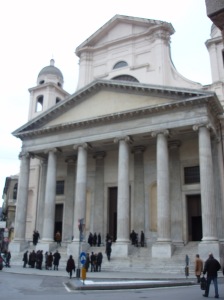 But, I start to notice something. In 1 hour, I have seen more Africans and Asians than I have in the 9 days I’ve been in France & Italy. Not only that…they are the majority of the people I am seeing which is why I even noticed. Native Italians are scarce. I’m hungry and trying to find an Italian restaurant is proving difficult.  If you want Chinese or Moroccan, you’ve got your pick. It was so weird seeing a majority of people who were not “Italian”. I almost thought about hosting a telethon or something because they seem to be extinct!  I’m guessing it’s because it’s a Sunday.

Anyway, I’m walking and I’m hungry. At this time, Old Nikki is making an appearance because I’m irritated that I can’t find an Italian restaurant that is open. I’m reduced to walking the back streets trying to find something. Now, in hindsight, this may not have been my smartest move because let me tell you…I saw the underbelly of Genoa. But, hunger makes you do strange things. I’m walking and I see every ethnic group except Italian.  You’ve got hair salons, knock-off bags (seriously…it was like Canal Street), folks playing craps and drinking beer…overall, it was the ghetto. You didn’t see dogs wearing their designer outfits here. I can’t find a gelatteria but, I did find some woman going off on a guy, a guy getting his hair cornrowed (seriously?), liquor stores, every ethnic store you can think of and Black Widow Records. 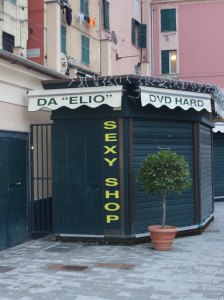 Between all the ethnic groups and sex shops, I had to ask myself how long I slept on the train because maybe I missed my stop? I have never seen Italy like this. It’s like the HBO/Cinemax version of Epcot. A bit of Africa, China, Amsterdam, and India.

After walking around in the ghetto (and getting lost still searching for some daggum gelato. I mean, come on, Italy! How are you not going to have gelato but you got Moo Goo Gai Pan???), I feel like I’m a survivor. In fact, I’m penning my rhymes now that I got street cred and submitting my track “Where the D@$n Gelato?” to Black Widow Records [“You got General Tsos but no Gelato…that’s wackity wack.”] LOL. Shoot, next week, I may be rolling with the B-Dub crew. Kinda like their Tupac or something. That’s right. Y’all don’t know about the Italian Bankhead.