We ended up eating at a hotel on the Nile.  I brought in my own water because apparently, it’s common practice for some folks in Egypt to put dirty tap water into bottles and try to sell it as authentic bottled water.  Hustlers.  I only ate food that were cooked really well.  I thought the food would be a bit spicier.  It may be that it’s not as heavily seasoned since it was being cooked for tourists.  I don’t know.   I wasn’t about to find any “authentic” Egyptian food from the streets and come back with the Egyptian Monkeypox. 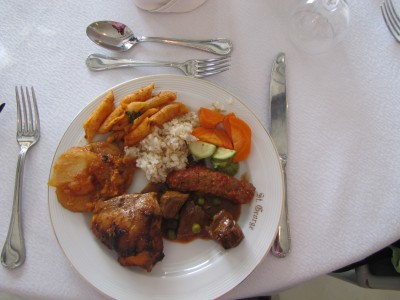 We ate lunch with a woman, Elizabeth, and her mother.  Elizabeth lived in Atlanta for around 10 years or so.  She and her mom are on the same cruise as we are and we had a lengthy conversation.  She started calling me “Katie” and I corrected her.  Do you know that she continued to call me Katie for DAYS afterward????  I kept saying, “It’s Nikki.”  She was like, “I got it…Katie, right?”  Lord help me.  I just started answering to it.  After we ate, we ended up going out on the patio to see the Nile again. 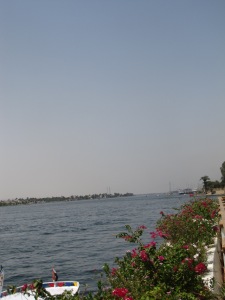 Once we leave the hotel, we head over to the Luxor Temple which is so impressive.  It’s dedicated to the Theban god triad of Amun, Mut and Khonsu. 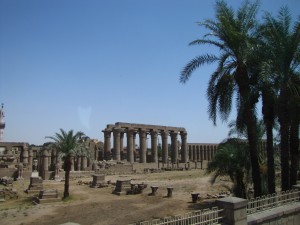 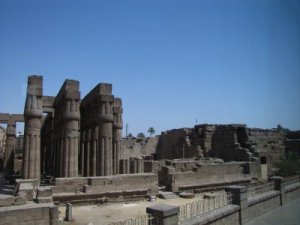 And, finally we come to Karnak Temple which was even more majestic than I had imagined.  This really was the highlight of Luxor for me.  At the heart of Karnak likes the Temple of Amun…king of the gods.  Karnak has everything…endless courts and halls, a sacred lake, statues of pharaohs, etc.  It’s AMAZING! 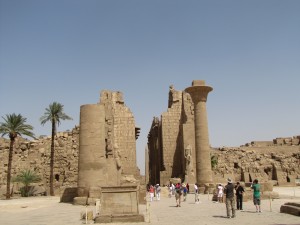 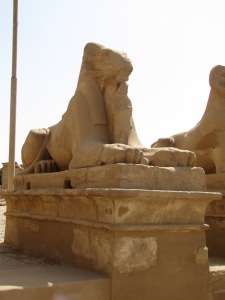 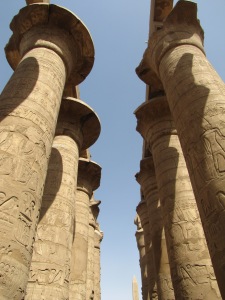 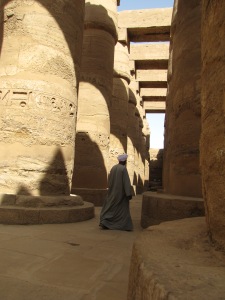 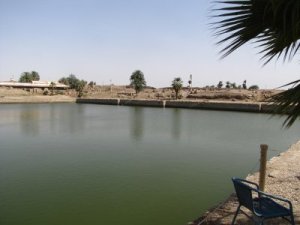 And a few other photos 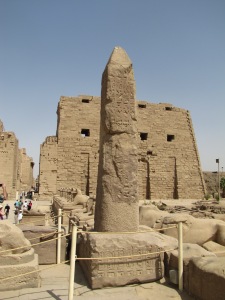 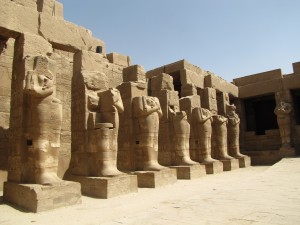 I tried to help the economy and gave in to one of the hustlers.  He offered to take my picture with the row of sphinxes and I paid him a couple of dollars.  Now, look at the picture below.  Do you even see me?  NO.  All you see is sphinx booty.  I’m a little dot in the background.  Hustlers.

Once we leave Karnak, we head back to the Papyrus Institute to see how papyrus paper is made.  It was a very interesting demonstration and I found out papyrus is used for a lot of different things and lasts a very long time.  I saw some papyrus chairs from 3000 years ago!

After leaving the Papyrus Institute, we head to the airport to fly back to Alexandria.  It was a long, hot, exhausting day but so worth it!  Imagine walking over the same ground that people did over 3000 years ago.  Moses walked this ground!  It really is a humbling feeling…even with the hustlers around 🙂