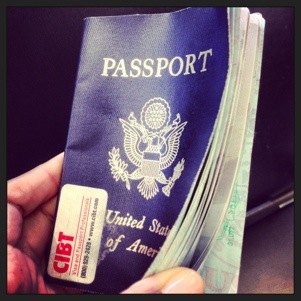 Hey, y’all!!! I know it’s been a few months since I’ve last blogged. Did you think I broke up with you? No worries, I only do that via a text message that basically says “it’s you, not me…kick rocks, sucka”.

Honestly, my sabbatical was really due to a combination of writers block, an extremely hectic work schedule and general apathy. Also, I was suffering from mental rickets caused by mud cancer which I contracted during my failed Tough Mudder race in April. Mental Rickets (or “MR” as it’s known in the crazy community) causes dementia & delusions of grandeur which end in the inevitable sobfest that everybody but the sufferer knew was coming because…well, you are crazy. Sorry. I’m a sufferer too. Now that I’m in recovery, I will probably be some poor soul’s sponsor.

Get ready to ride with me again. More posts are coming! I’ll be writing about Tough Mudder (which I have renamed the “Ain’t Nobody Got Time For That 5K”), Japan, Hong Kong, Switzerland, London & Amsterdam!! I’ve missed y’all 🙂

In the meantime, check out my passport. She’s got 24 new pages…so we ain’t calling her fat…but pleasantly plump & ready for travel! Just like me. Ha!